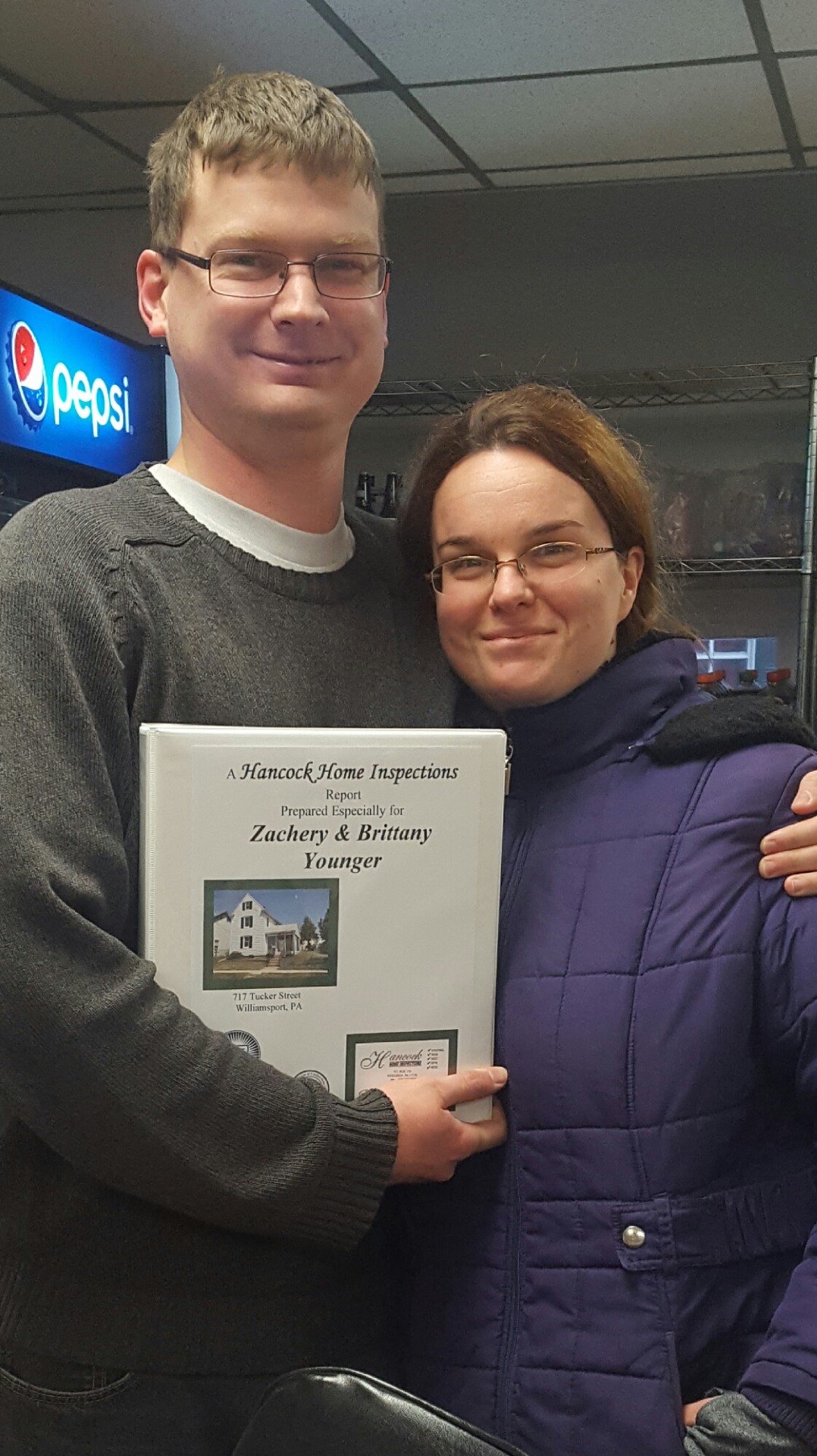 For being the 10,000th home inspection customer, the Younger's received their home inspection services for free. The young couple has lived all across the United States and has decided to make their roots in Williamsport, Pennsylvania. Greg and Vickie, the Owners of Hancock Home Inspections, say they couldn't be happier that their 10,000th Home Inspection was done for such a nice young couple and for a Military Veteran. Zachery is an Army Veteran having served 5 yrs and two tours overseas, in the 82nd Airborne Division.

Congratulations to Zachery and Brittany!